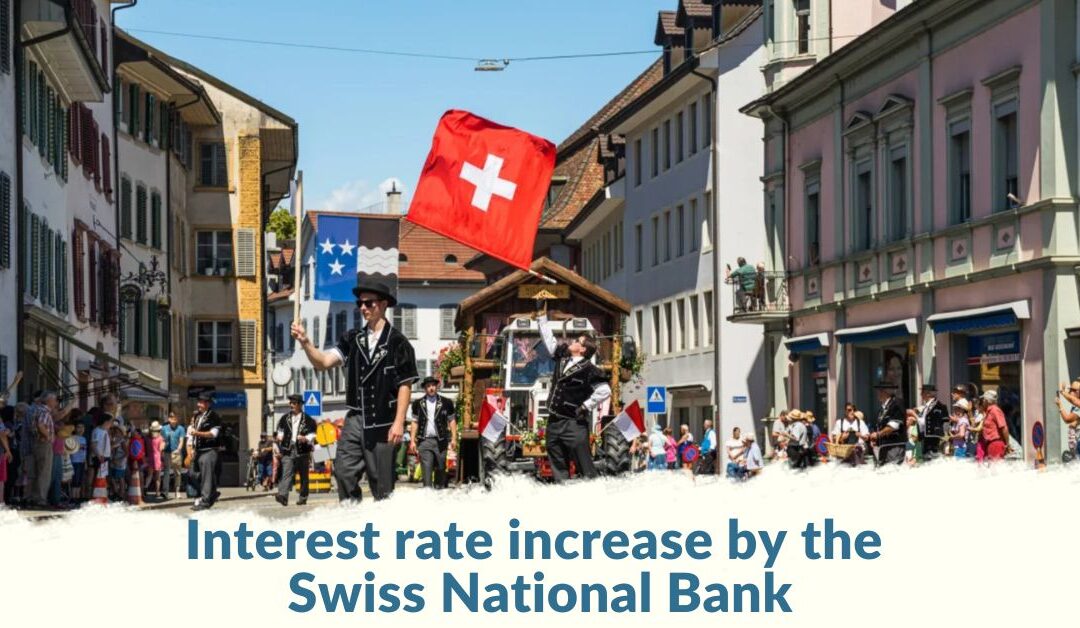 The Swiss National Bank (SNB) is raising the key interest rate for the first time in 15 years.
Fittingly, Germany’s biggest tabloid newspaper BILD asks:
„Why do the Swiss live #cheaper than us?“

What happened: In order to tighten its #money policy, the SNB raises the #key interest rate by 50 basis points to -0.25% in the short term with effect as early as Friday this week (17.06.2022).
It also says that further rate hikes cannot be ruled out in the near future.
#The reason for the #interest rate hike is the growing #inflation (2.9%) and the concerns about its impact on the Swiss economy as well as on the #purchasing power and the #wealth of the Swiss population.
According to SNB President Thomas Jordan, there are also signs that inflation is not being driven directly by the war in Ukraine and the consequences of the pandemic.
A spillover to goods and services could no longer be ruled out, he said, and there was a concrete danger of second-round effects becoming entrenched.

With this, the SNB proves that it takes its mandate of #price stability more seriously than the #ECB and thus does #Switzerland and itself a favour.

Summary:
– Inflation in Switzerland (2.9%) is less than half that in the #Eurozone (7.9%)
– The Swiss energy mix is less vulnerable to fossil fuel price increases
– In contrast to the euro zone, Swiss monetary authorities feel more committed to price stability and thus also to the protection of Swiss #assets
– The lower #negative interest rates reduce the interest rate differential to the euro and the dollar and thus make the Swiss franc (even) more attractive and stronger
– A stronger #franc thereby limits in particular the imported inflation (energy, goods, services)

Recommendation:
At the latest now, every high performer interested in protecting and safeguarding his/her own assets, whether employed or self-employed, should intensively deal with Switzerland.