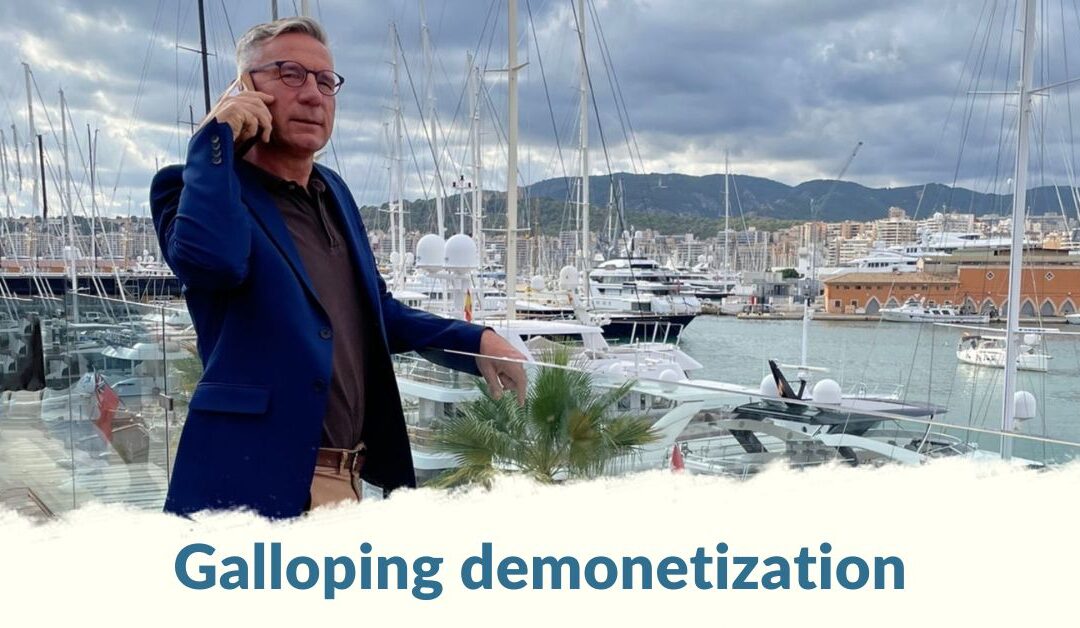 The galloping depreciation of money is not difficult to explain: If more money comes into circulation than goods, inflation rises. The basis of quantitative money theory is well-supported in theory and practice. But why can’t or won’t today’s decision makers understand it?

„Inflation is always and everywhere a monetary phenomenon“ was the well-known credo of the late economist Milton Friedman. However, it seems to have been very much forgotten. Still, the ongoing wave of inflation is explained on a daily basis by supply bottlenecks and Putin’s war against Ukraine.

Blaming inflation on foreign powers or even profit-hungry entrepreneurs is an old political trick. But it makes no logical sense: If individual goods such as oil or chips become more expensive because of boycotts and production bottlenecks, and people do not want to do without them, the prices of these goods become relatively more expensive. But consumers then have less money for other things.

Prices in other areas would then have to tend to fall. Only the relative price structure changes as a result of supply bottlenecks, not the overall price level. Blaming supply chains makes no sense in practice either. According to Bridgewater’s calculations, real production of goods for the U.S. consumer already exceeded the pre-Corona crisis level again in January 2021.

The practical proof that supply shortages and war cannot be the cause of inflation is the very low inflation in comparison in countries such as Switzerland (2.9%), Japan (2.5%) or China (2.1%). All three, of course, have been affected by corona lockdowns. All three import large amounts of oil, metals, and grains, on which the Ukraine war has had a major impact. But inflation rates in these countries are hovering around 2-3%, while the U.S. and the Eurozone are currently at 8-9%.

But the biggest inflation puzzle of our day is: Why did so few economists, central bankers and institutional investors see the ongoing wave of inflation coming? According to a Bespoke Investment survey, economists‘ consensus estimate for U.S. CPI in May was too low for the 22nd time in the last 24 months. We prefer to keep quiet about the ECB’s and Fed’s ridiculously low inflation forecasts for 2021 and 2022. The Fed alone employs more than 700 economists, whose marginal utility apparently tends toward zero.

There are basically three possible answers to this:

Central bankers are incompetent: Decades of disinflation have caused knowledge of quantitative theory and the causes of inflation to disappear and encouraged the use of incorrect models.

Central bankers are ideologically blinded: They know about Quantitative Theory, but don’t want to admit it for political reasons. The ratio of declared Democrats to Republicans at the Fed is 48 to 1, according to Steve Hanke, so they don’t want to stab the Biden administration in the back and hope for a spontaneous slowdown in inflation. Similarly, in the euro zone, no one at the ECB wants interest rate premiums for over-indebted southern European countries to go through the roof.

The central bankers are cynical: They are competent and know that the policy is inflationary, but they deliberately accept this in order to enable the deleveraging of government budgets via inflation, to insidiously expropriate savers and pensioners, or simply to secure their well-paid jobs as public servants.

It is to be feared that today’s decision-makers will have to relearn the lessons of the past the hard way. Unfortunately for long-suffering investors and consumers, this means that inflation cannot fall sustainably until it first remains „too high“ for quite some time. Source: pfr – QUANTEX VALUES